Programmers use a lot of symbols, often encoded with several characters. For the human brain, sequences like ->, <= or := are single logical tokens, even if they take two or three characters on the screen. Your eye spends a non-zero amount of energy to scan, parse and join multiple characters into a single logical one. Ideally, all programming languages should be designed with full-fledged Unicode symbols for operators, but that’s not the case yet.

Fira Code is a free monospaced font containing ligatures for common programming multi-character combinations. This is just a font rendering feature: underlying code remains ASCII-compatible. This helps to read and understand code faster. For some frequent sequences like .. or //, ligatures allow us to correct spacing.

Fira Code is a personal, free-time project with no funding and a huge feature request backlog. If you love it, consider supporting its development via GitHub Sponsors or Patreon. Any help counts!

What’s in the box? 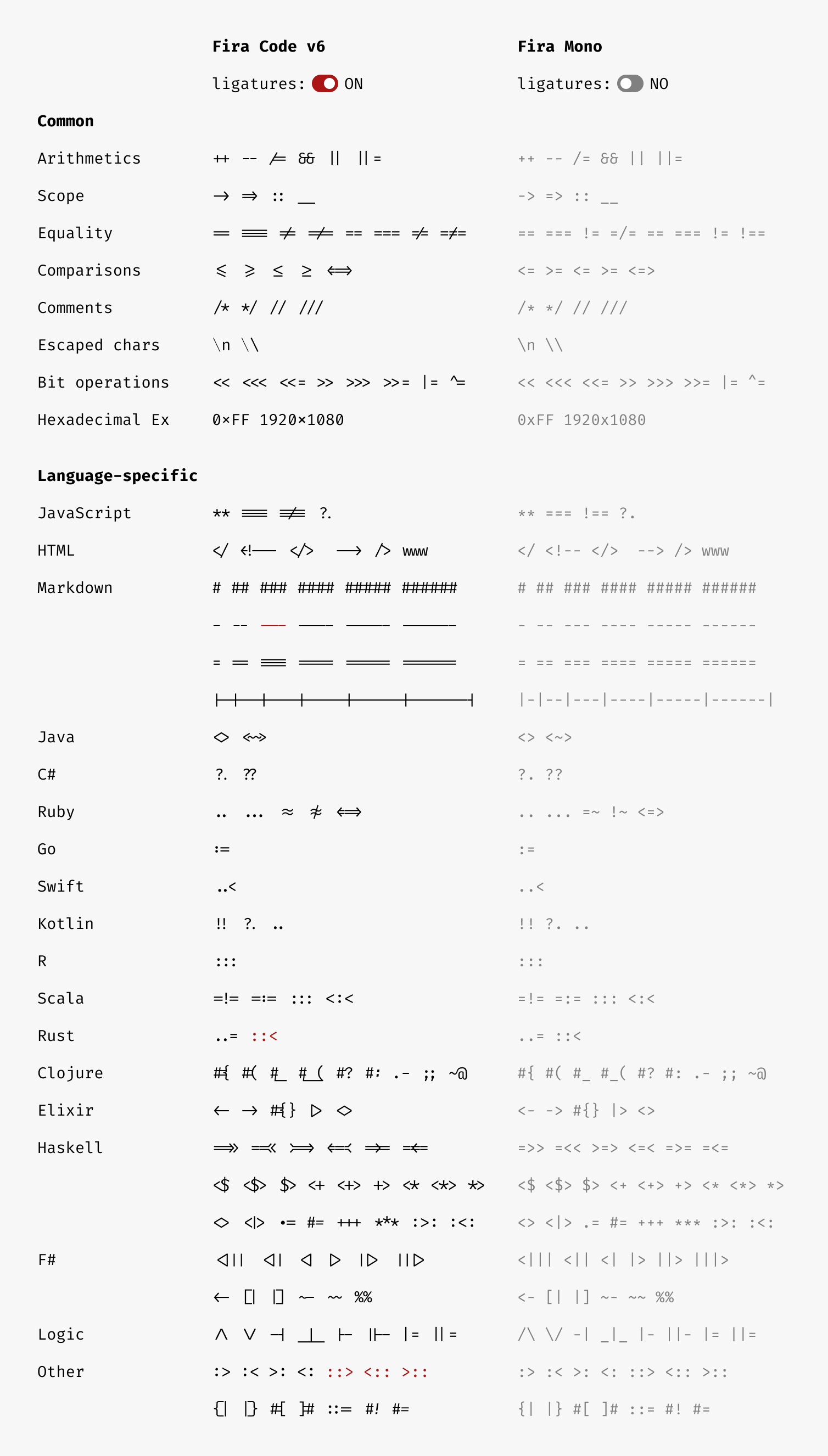 Fira Code comes with a huge variety of arrows. Even better: you can make them as long as you like and combine start/middle/end fragments however you want! 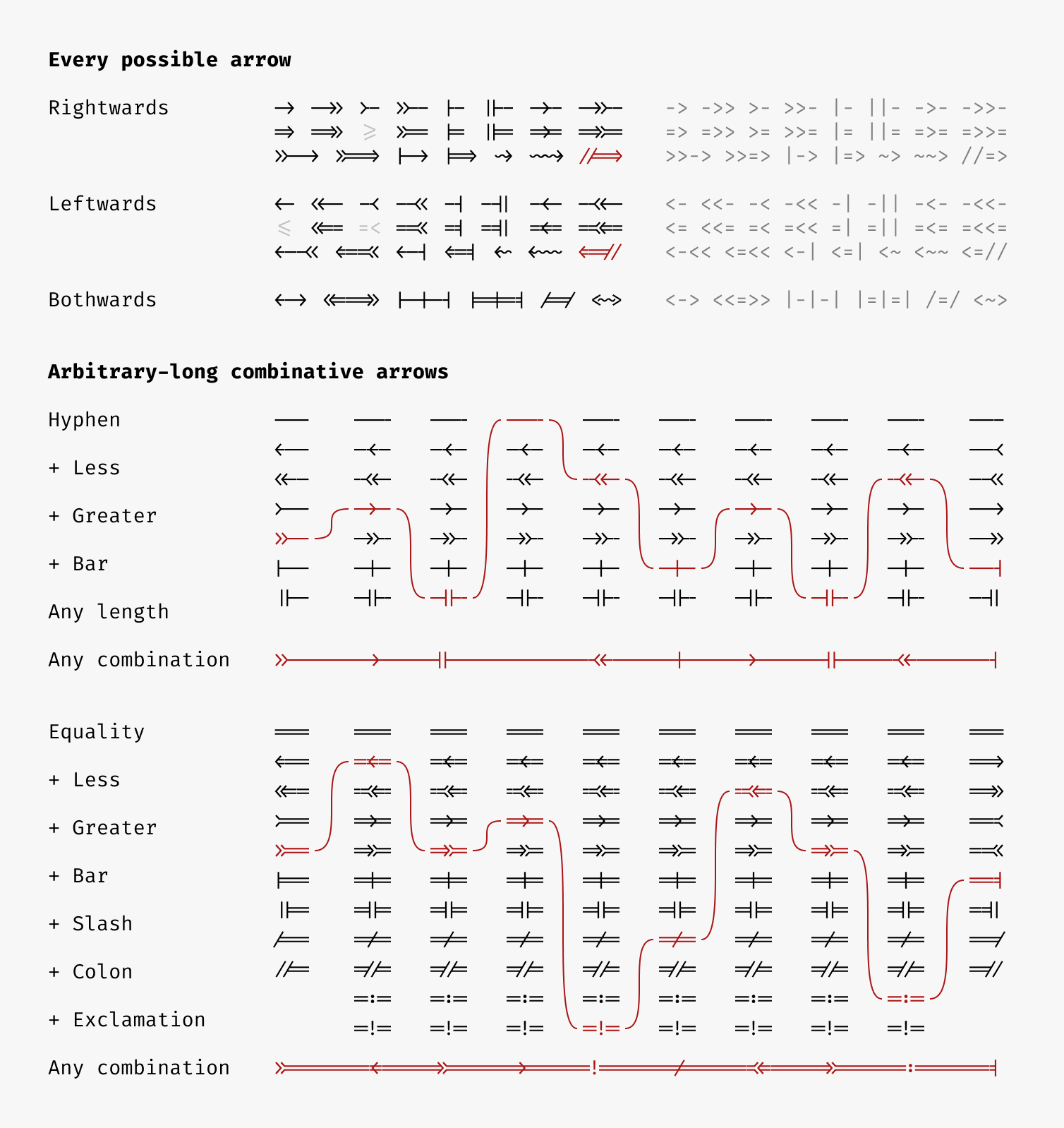 Fira Code is not only about ligatures. Some fine-tuning is done for punctuation and frequent letter pairs. 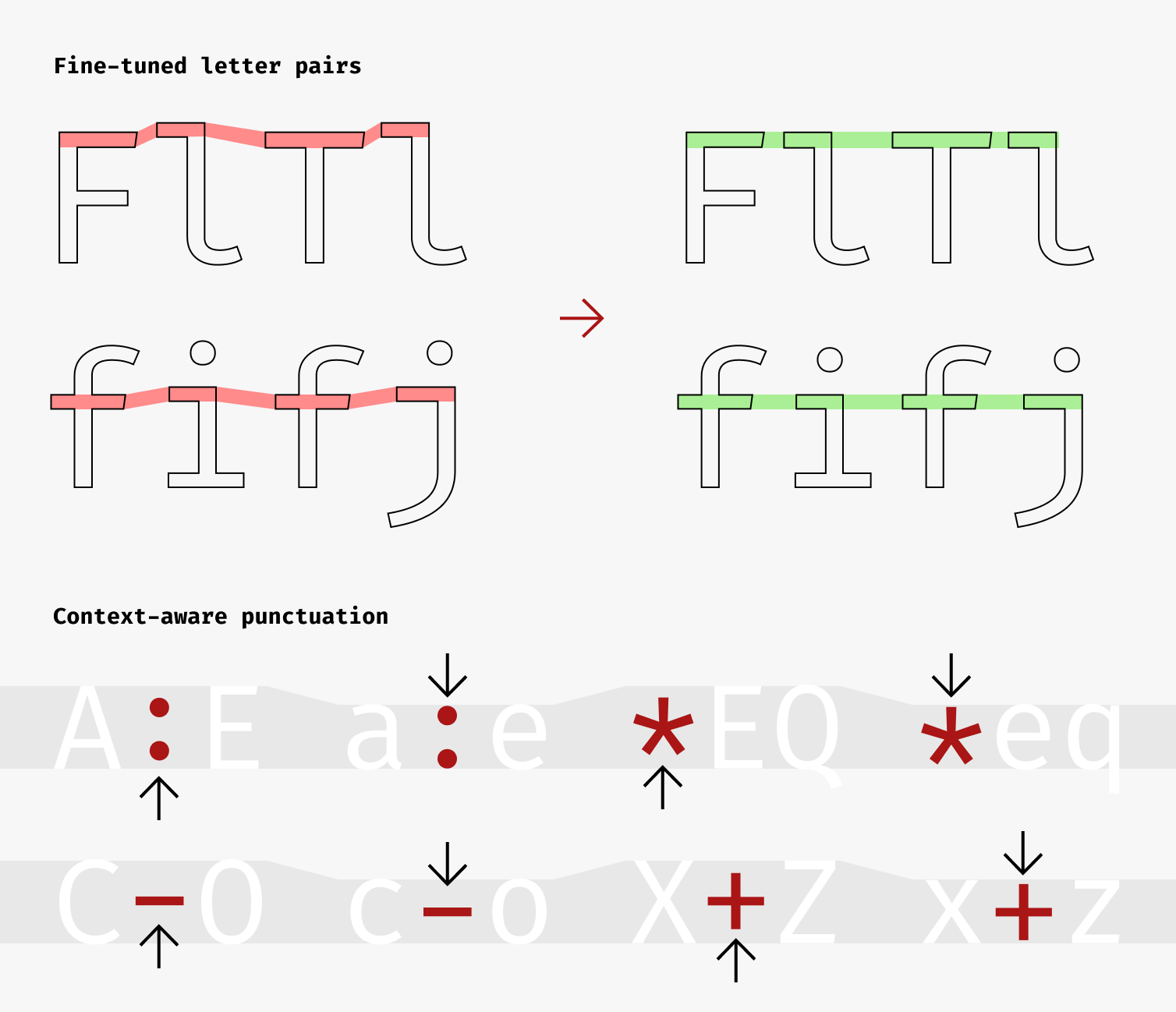 Fira Code comes with a few different character variants, so that everyone can choose what’s best for them. How to enable 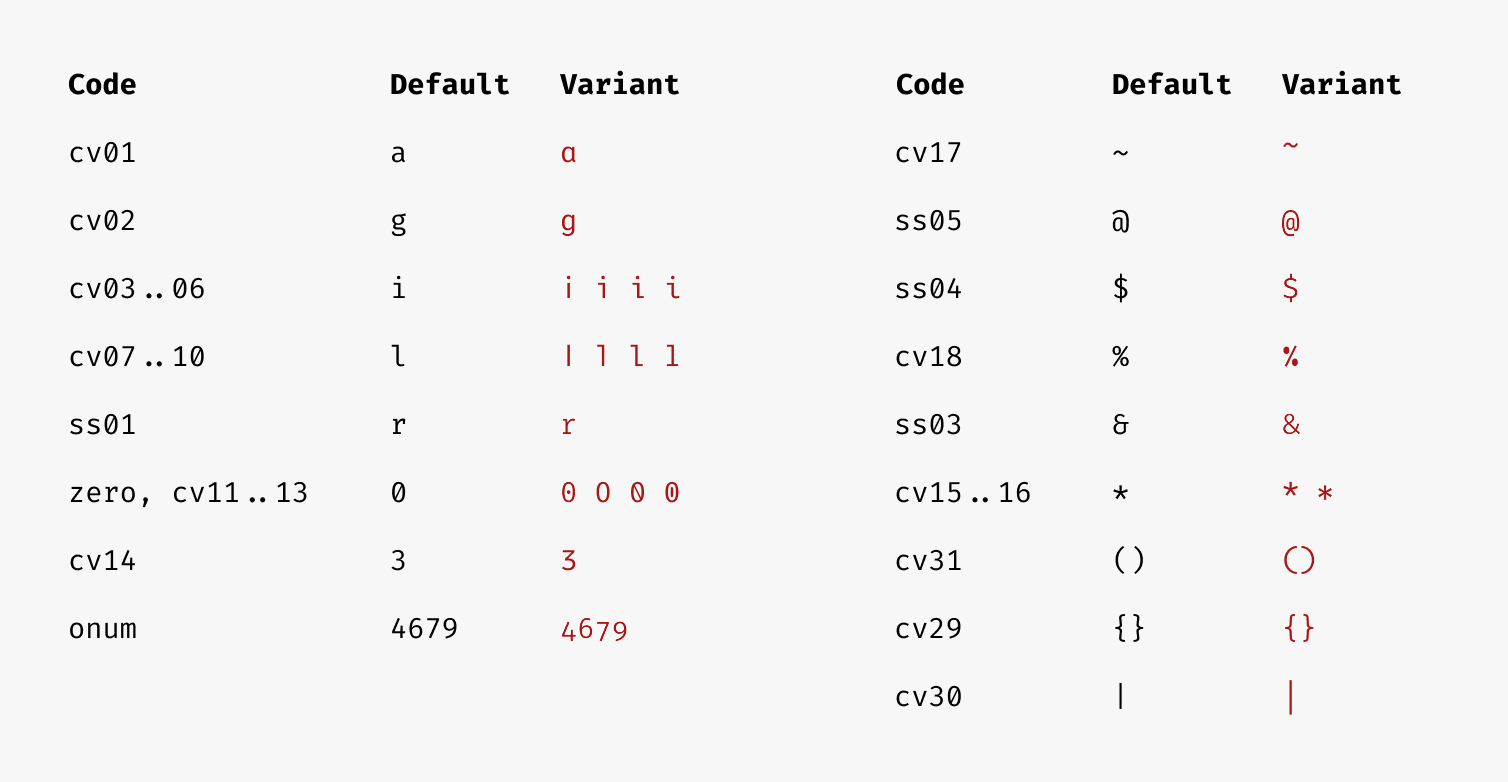 Some ligatures can be altered or enabled using stylistic sets/character variants: 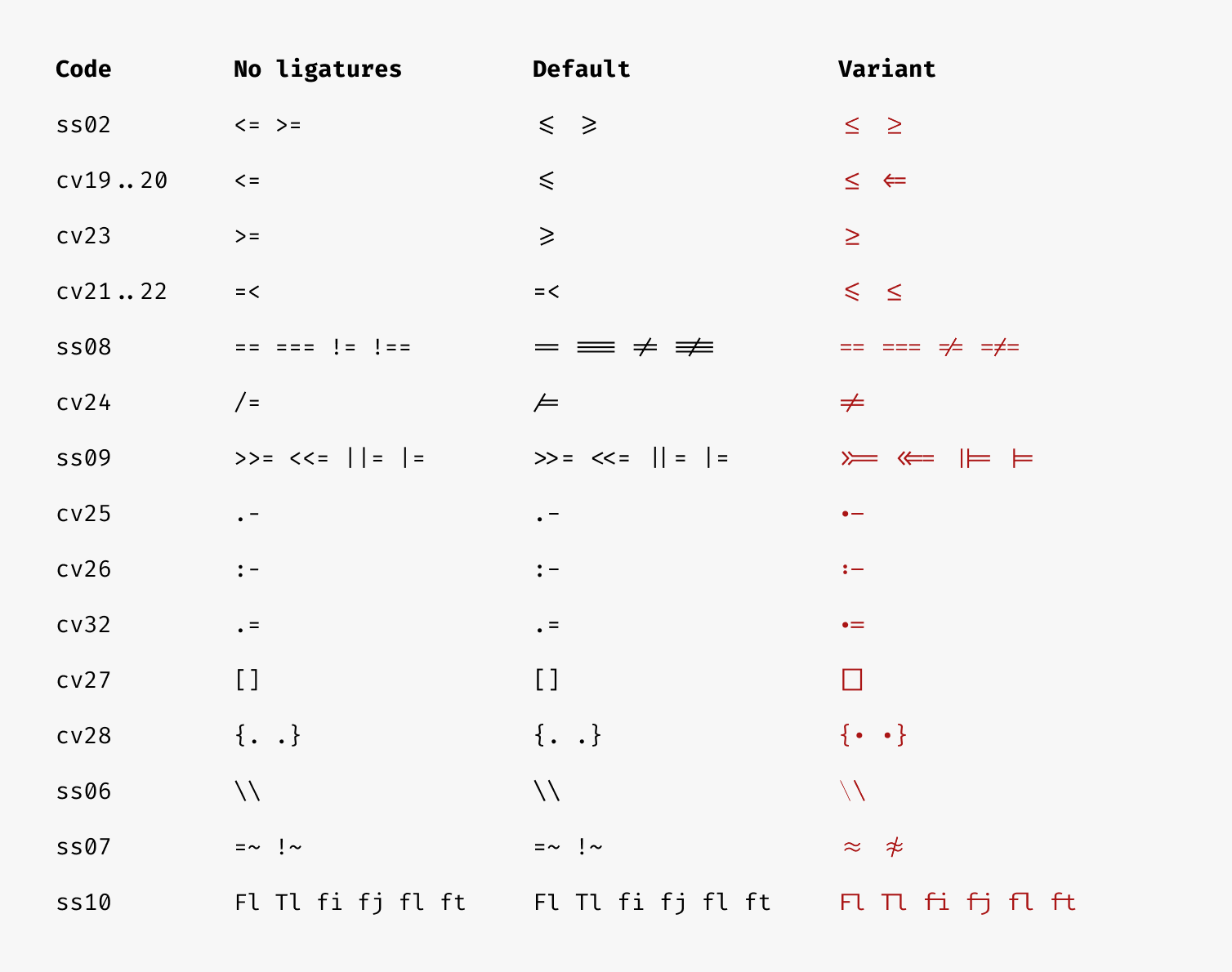 Being a programming font, Fira Code has fantastic support for ASCII/box drawing, powerline and other forms of console UIs: 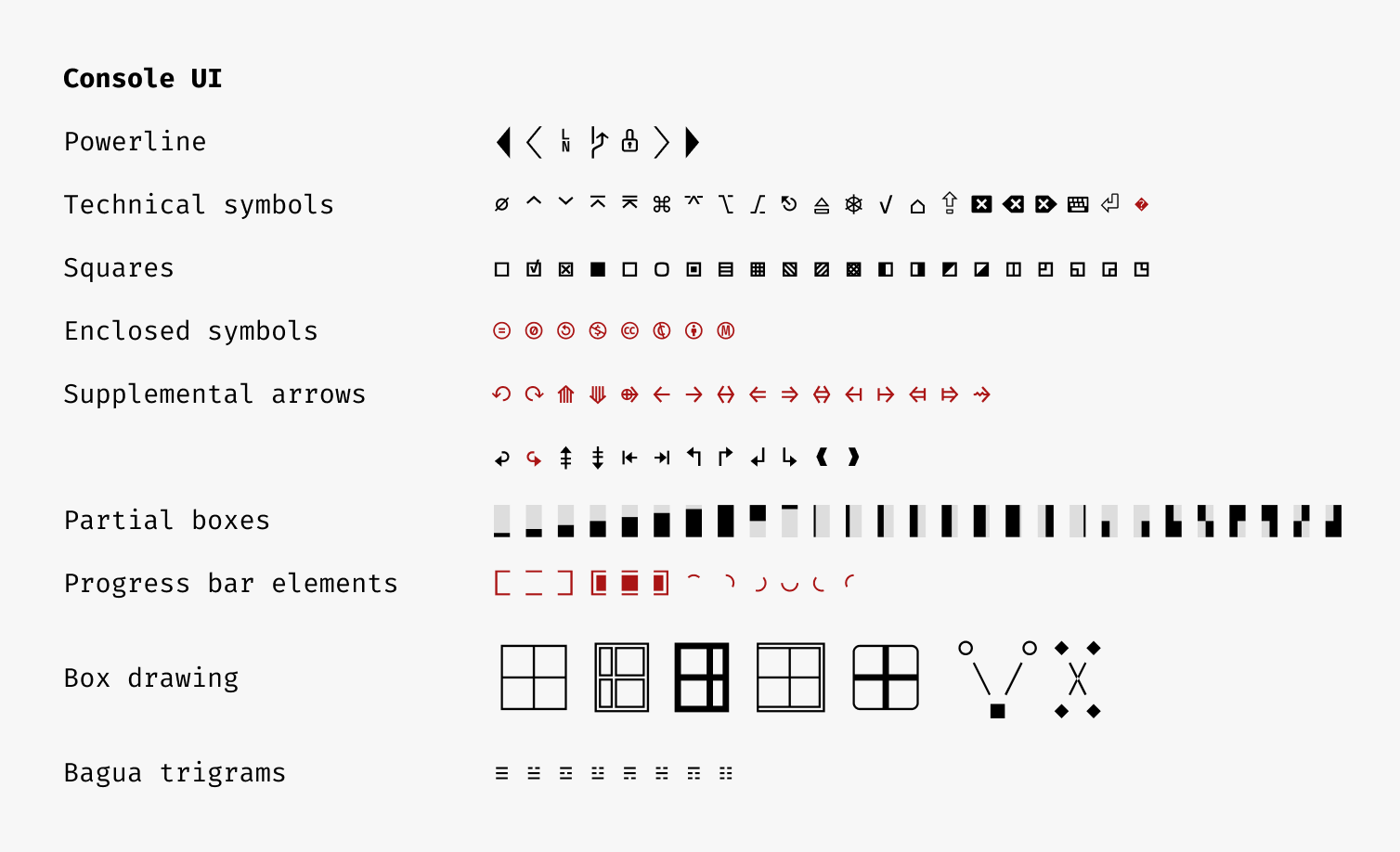 We hope more programming fonts will adopt this convention and ship their own versions.

How does it look? 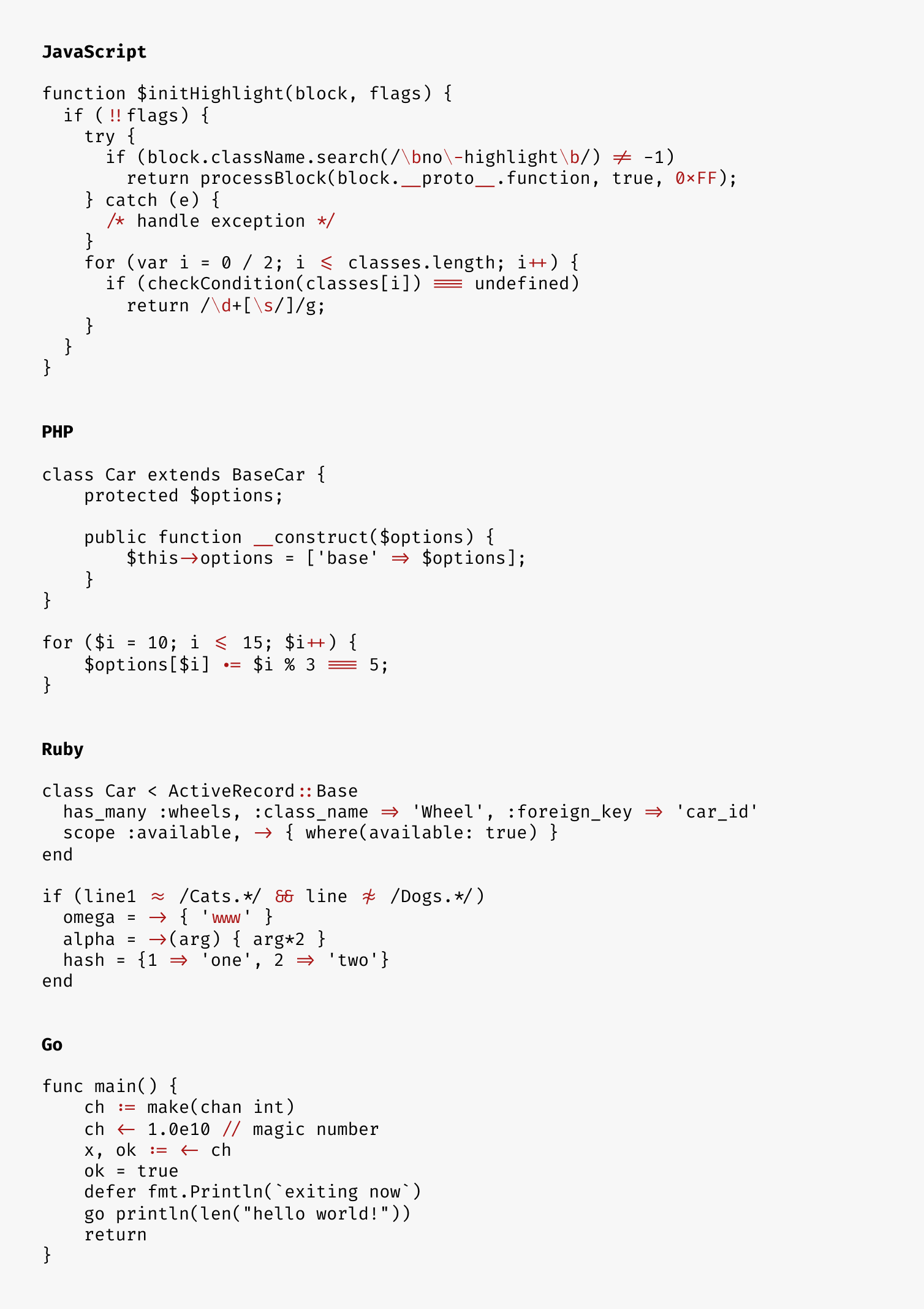 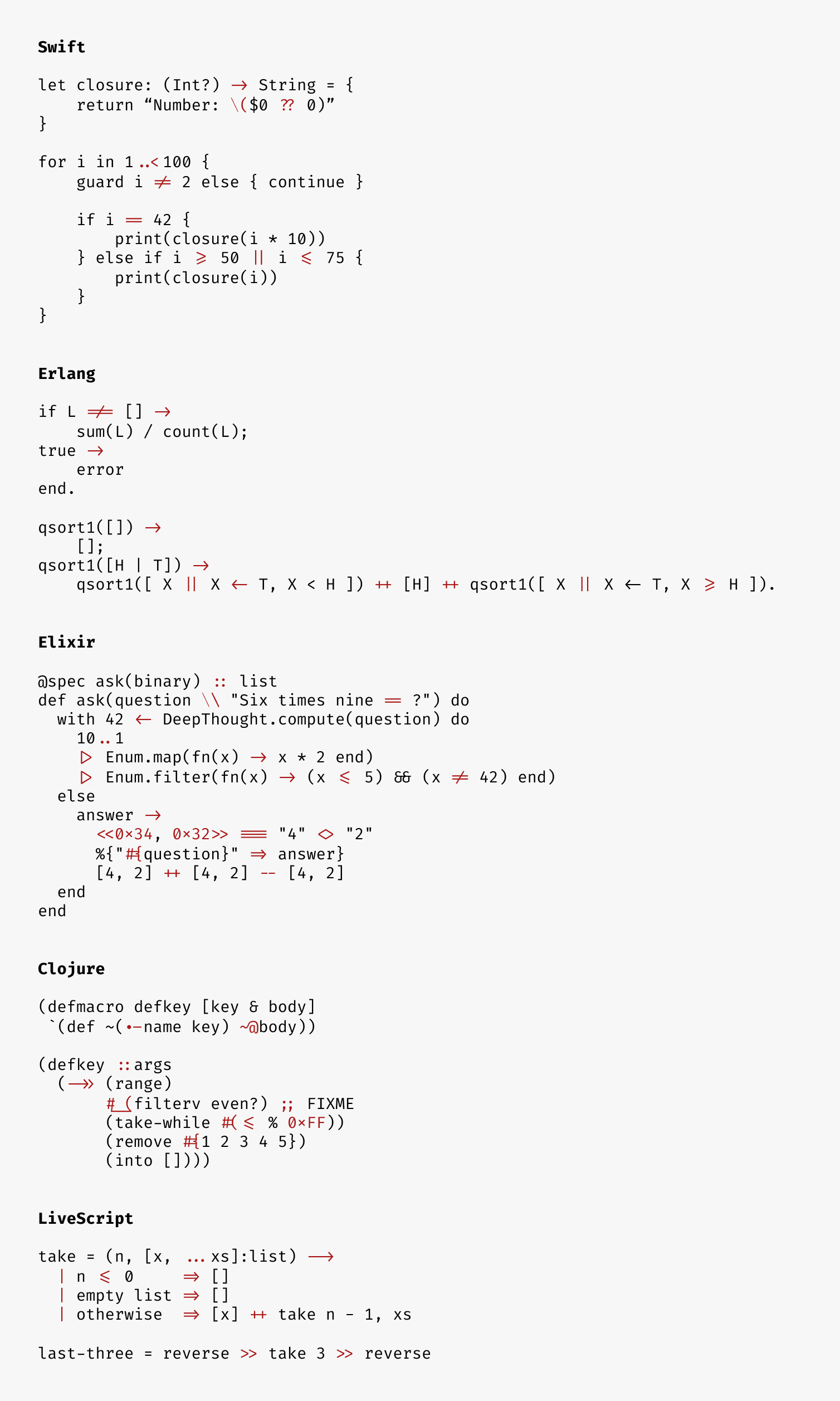 In case you want to alter FiraCode.glyphs and build OTF/TTF/WOFF files yourself, this is the setup I use on macOS: